10,000 steps is a number familiar to anyone who has ever tried to lose weight or become a follower of a healthy lifestyle. That’s how many experts advise people to walk if they want to stay healthy. But is there any evidence to support this? Can one access the main benefits of this activity, if he leads a sedentary lifestyle, working a lot or trying online gambling Canada? And how much physical activity does a person really need per day?

We’ve all heard about 10,000 steps. But few people know where this figure comes from. In fact – it isn’t the result of medical and scientific research, but an effective marketing ploy. It was born on the eve of the 1964 Olympic Games in Tokyo. It was then that the counter, which in Japanese was called “counter 10,000 steps” was presented. The purpose of this device was to encourage the Japanese to walk more, and the benchmark was taken as an average.

The average Japanese walked 4,000 steps, so Dr. Yoshiro Hatano calculated that if they started walking 10,000 steps a day, they could stay slim.

If we go back to our time and decide to examine the evidence base, we find that 10,000 steps a day will certainly have a positive effect on a person’s health. However, a smaller number will also be effective. The key is regularity.

Movement Reduces the Risk of Disease

A group of American scientists conducted a study involving 18,289 women. Its goal was to determine how the number of steps walked affects the body. As a result, scientists proved that the risk of mortality from various causes gradually decreased by 15% for every additional 1000 steps per day.

A meta-analysis of 14 studies of running and longevity (contains data on 232 149 people) from scientists at the University of Victoria, Finland and Australia, showed that regular jogging reduces mortality from various causes by 30%. A light jog of 50 minutes a week is optimal.

Scientists at Stanford University School of Medicine followed 538 runners for 20 years. And they found that their life expectancy is higher than that of their peers who were not engaged in running. At age 50+, active participants in the study ran an average of 4 hours per week. After 21 years, that time was down to 76 minutes a week. But they were still in better physical shape.

And, to the scientists’ surprise, runners were less likely to die of cancer, neurological and even infectious diseases.

The Key Is Regularity

Thus, we come to the conclusion that in order to maintain health and slimness, it is important to have regular physical activity in the form of walking or running. Ideally, it would be 10,000 steps or 8 km a day. However, if you cannot reach such a figure – do not despair. Let it be 3,000 to 5,000 steps a day, but regularly.

The type of exercise itself is also not important: walking or running. Or maybe it will be classes on a treadmill, which is a good alternative to walking on the street and helps to “get” the norm of steps.

It’s easy to say – start walking or running regularly. In reality, however, there may be many obstacles and resistance. That’s why it’s important not to commit violence against yourself and to introduce the new habit gradually.

One effective way is to add steps wherever you can. For example, get off the bus one stop early or choose a parking lot farther from your office. If possible, give up the elevator or use it only halfway.

Household activities are also to your advantage: active cleaning will give a good plus to your walks. If you choose to exercise on a treadmill, however, don’t try to walk the full number of steps you need in 1 workout. Break it up into small physical breaks where you exercise for 15 to 20 minutes at a time.

And how things will work out from there – who knows. Maybe you’ll get so into a taste for it that you decide to run your first ever marathon. Like Fauja Singh of India, for example, did at age 100. Or maybe you’ll just maintain the minimum you need. 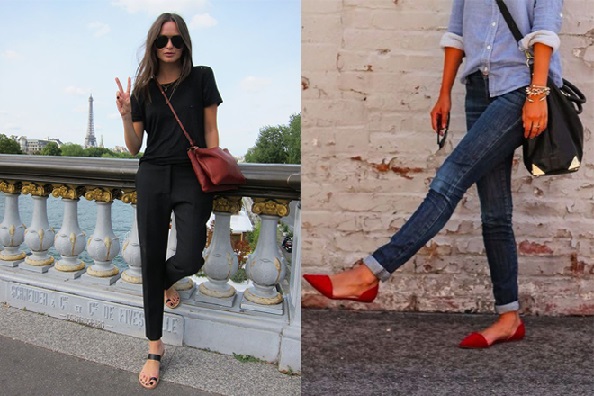 How To Style: Flats for Women